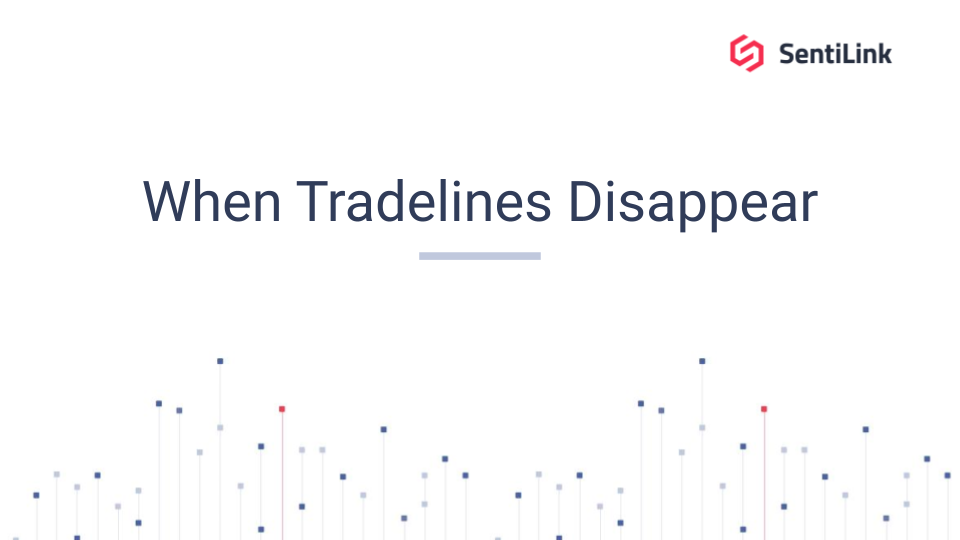 Credit reports give lenders an overview of a potential borrower’s interactions with other financial institutions, allowing lenders to take total outstanding debt and previous borrowing behavior into consideration when underwriting a potential consumer or business. If one lender sees that another lender has recently closed a line of credit, the former may be more hesitant to lend to that borrower.

“ID SECURITY ALERT: FRAUDULENT APPLICATIONS MAY BE SUBMITTED IN MY NAME OR MY IDENTITY MAY HAVE BEEN USED WITHOUT MY CONSENT TO FRAUDULENTLY OBTAIN GOODS OR SERVICES. DO NOT EXTEND CREDIT WITHOUT FIRST VERIFYING THE IDENTITY OF THE APPLICANT. THIS SECURITY ALERT WILL BE MAINTAINED FOR 1 YEAR BEGINNING MM-DD-YY.”

In order to rectify credit histories, consumers can also dispute tradelines on their credit reports. For a consumer to dispute a tradeline and have it suppressed, they file a police report and complete an affidavit through the Federal Trade Commission.

Recently, SentiLink has identified a bust-out trend in which consumers open large lines of credit, max out their credit limits, have the tradelines closed by the lender, then fraudulently dispute those tradelines to remove them from their credit reports. Subsequent inquiries will return credit reports with the “busted out” tradelines missing — so future lenders will have no context on the removed (but valid) tradelines.

A reasonable time to check for this behavior is when a consumer requests a credit line increase. In order to see if this behavior is present, you would compare a consumer’s credit report at the time of request to the consumer’s credit report at the time of initial application. You should see the same set of tradelines present on the second credit report, perhaps even a few more. If tradelines are missing, however, and you see an indication of an ID Security Alert, there is a reasonable chance this behavior is present and further investigation could be undertaken before approving the credit increase request.