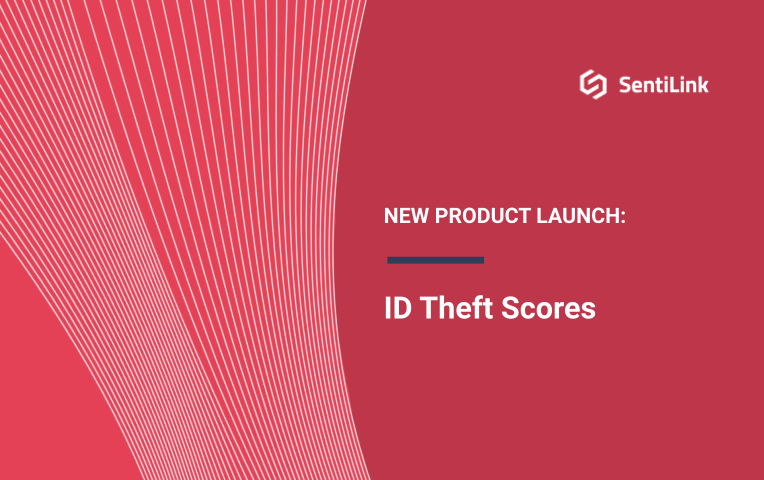 San Francisco, CA, March 23, 2021: SentiLink, the leader in identity verification technology, today announced it is expanding its services to include ID Theft Scores as a complement to their Synthetic Scores which are already used by many of the top financial institutions in the U.S.

“All of us at SentiLink are extremely excited to introduce our new ID Theft Scores,” said Naftali Harris, Co-Founder and CEO of SentiLink. “This new product is the culmination of months of hard work investigating cases to develop a deep understanding of the tactics fraudsters are using to steal identities and crystalizing these insights to produce the best model on the market. I couldn’t be more proud of our team and what we’ve built.”

SentiLink’s ID Theft Scores offer a new way to target stolen identities used to open financial accounts. They are grounded in a deep understanding of identity theft and the dynamic behaviors and tactics that fraudsters exploit when using stolen identities.

SentiLink’s deep knowledge of what fraud really looks like leads them to catch new fraud schemes like these and others early and incorporate them in their ID Theft model; an important advantage in the dynamic space of identity verification where fraud tactics change frequently. It is this approach that enables SentiLink to capture more fraud than others.

This translates into lower chargeoffs from fraud, and an ability to approve more people faster with real-time authentication of identities.

SentiLink’s ID Theft Scores are available via API, batch upload or intelligent user interface for efficient case review. For those who want both Synthetic and ID Theft Scores, it requires only one API call to receive both types of identity verification.

The launch of SentiLink’s ID Theft Scores corresponds with SentiLink’s participation at the Lendit Fintech USA event on April 27th where CEO, Naftali Harris will be on a panel called, “The New Arms Race: Keeping Up With Fraudsters Post-Covid.” SentiLink is also hosting a webinar on April 13th called, "What Does ID Theft Look Like These Days." Register here. If you want more information, a demo or want to test drive SentiLink’s new ID Theft Scores, you can sign up here. Or, for more information, visit www.sentilink.com.

SentiLink is a leader in identity verification technology. SentiLink was founded by Naftali Harris and Maxwell Blumenfeld in 2017, two former risk decisioning and operations leaders from the online lender Affirm. SentiLink has raised $15M to date from investors and has over 100 clients. In addition to integrating directly with companies, they also offer their solutions through a number of technology integrators such as CoreLogic, GDS Link, Alloy, Persona, Zoot and Featurespace among others.

Is Our Community Doing Enough to Tackle Synthetic ID Fraud?