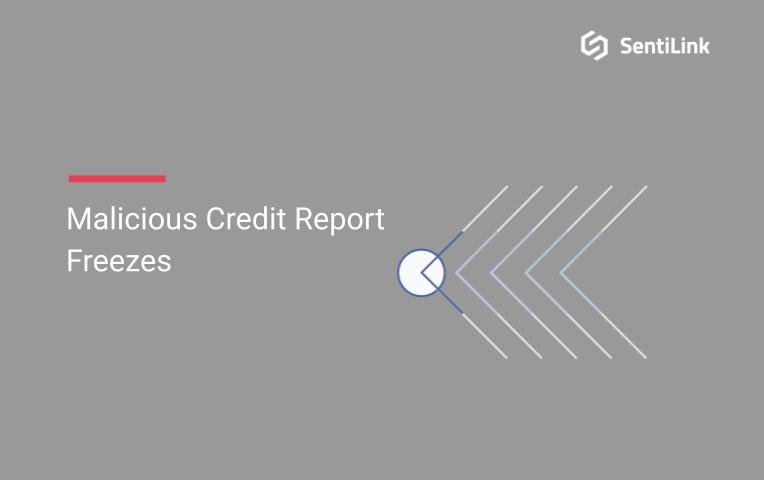 In the course of detecting synthetic fraud, the team at SentiLink comes across many interesting tactics to misrepresent creditworthiness. One sophisticated tactic we've seen is the deliberate freezing or unfreezing of a given consumer's credit report at each of the different credit bureaus.

One very practical example of this is applicants who deliberately build credit through consumer banks to asymptotically hit lenders within specific verticals. Most installment lenders use TransUnion while most SMB lenders use Experian. As a result, we will see applicants deliberately freeze their TransUnion report to make themselves appear more creditworthy when applying with personal installment lenders. Similarly, we often see applicants deliberately freeze their Experian credit report who ultimately hope to apply with SMB lenders.

If you'd like to understand if you have applicants with this behavior present, take a consumer's credit report, look at individual tradelines opened in the past 2 years, and try to align each of those tradelines with an inquiry. If there are a substantial number of tradelines but very few corresponding inquiries or only inquiries that occurred after the tradelines, then there is a very reasonable chance this behavior is present.

30 million and counting: How It started/how it's going with eCBSV